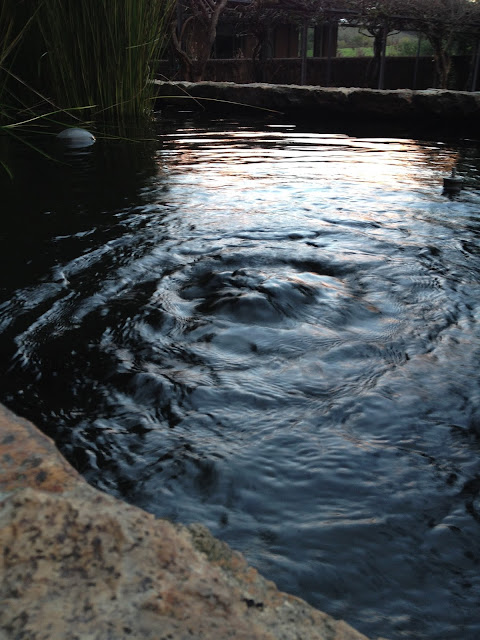 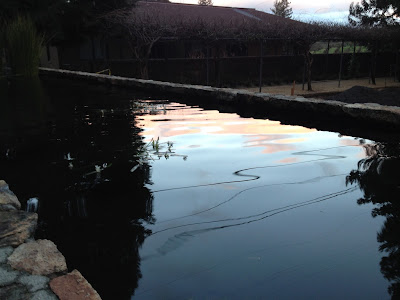 I can't image Pantone assigning one color to water, can you?

So much depends on water.  Cooking, for instance.  So much is inspired by water.
Calligraphy, for sure.

Posted by Kit Kennedy at 4:07 PM No comments: Links to this post 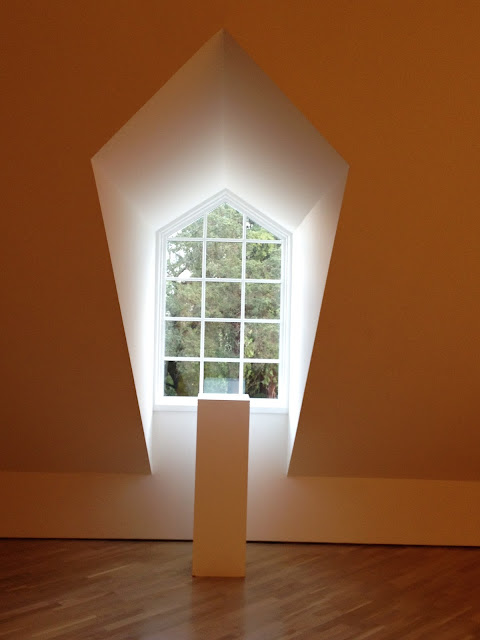 of course,
the ear

This should be a word.  Those apps that startle, surprise, make us smile.  Do something we can't. Even though we can create wonder by stirring soup, writing a poem, walking down the street, talking to a friend.  Or even taking a bath with goo-gobs of bubbles. 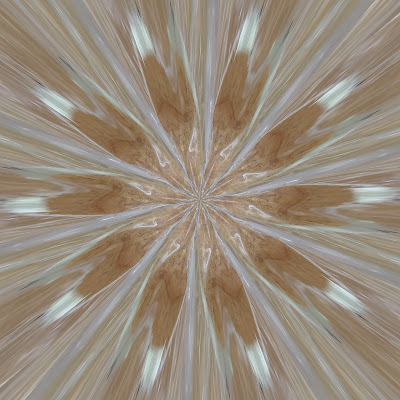 What is it?  A shower cap made luminous by the app, Circular.
Posted by Kit Kennedy at 7:17 PM 1 comment: Links to this post

My first memory of a typewriter.  It was red and flameless.  A Tom Thumb.  A gift from my mother's sister.  One of the most extraordinary gifts I received.  Others, include pencils engraved with my name.  Be aware of the gifts you give; the gifts you receive.

Recently, I was given a wooden spoon.   A treasure.  Treasures can be practical.

How are typewriters and spoons similiar?  They both are vehicles to stir, whether words or soup. Please sit down, a meal has been prepared for you.

Posted by Kit Kennedy at 2:31 PM No comments: Links to this post 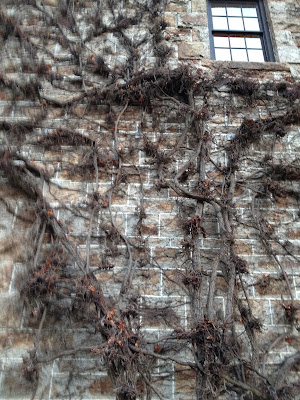 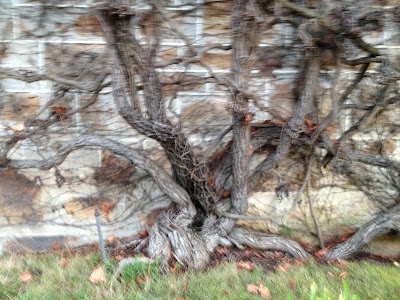 Eyes out
into the world.
Eyes into an interior.
And the same goes with roots.

Now think of root vegetables and meals which beg to be taken outside.
What does a window really see?
Do roots recognize flowers?  A plate its salad?  Paper anticipate a poem?
Go look out your favorite window.  Can you see how questions feed hunger?

Labels: windows and roots and eyes and hunger

Real is rooted in place

San Francisco is getting what is needs -- rain.  Rain again predicted today but right now, sun with assertive clouds.  This is the real in this place.  In NYC, my former real place, there's different perspective, a different feel.  No ambiguity.  Winter storm:  strident snow.  So I'm sending assertive yellow to my friends back East and through the country.  Not that I'm damning snow.

Each bloom is an egg yolk.
Each bloom, a haiku. 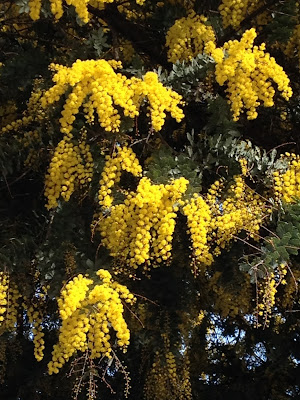 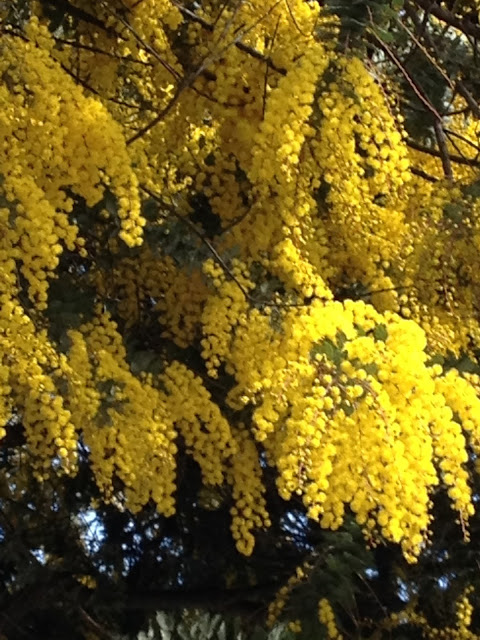 Posted by Kit Kennedy at 9:43 AM No comments: Links to this post

Oranges are a winter's blessing

Farmer's markets are fewer and leaner this time of year.  Neverthless, let's celebrate the orange -- it's color, taste, its jaunty spirit. 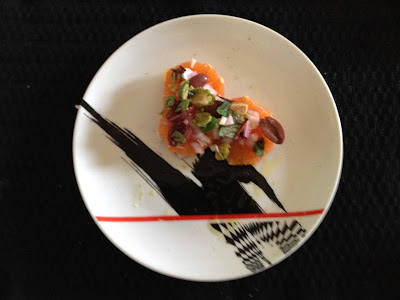 And the poem is on the wings.

Posted by Kit Kennedy at 11:25 AM No comments: Links to this post

What is the color of mourning?  Right now persimmons.  Because they adhere to the laws of seasonality.  Seasonality promotes hope:  the Fuyu will return.  Below is my typical salad:  sliced Fuyu, tri-color quinoa, steamed snow peas, olive oil, ginger, black pepper.  Sometimes almonds, sometimes not. 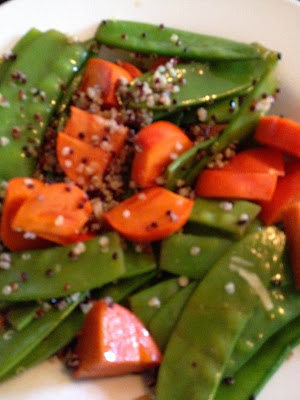 And here, hope's view of the salad:


Meanwhile, persimmons find their way into poems -- easily.  And speaking of poems:  what is the color of today's morning?
Posted by Kit Kennedy at 10:57 AM No comments: Links to this post

Labels: persimmons and morning and poetry and hope

You walk down the familiar street and see a few familiar leaves.
So far, all is normal.  But what if, this is what you saw: 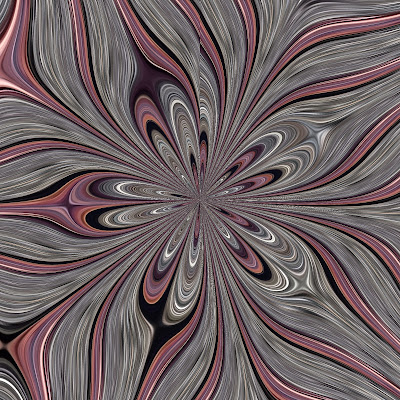 And when you manipulate the above "normal" in the Circular app, this is what you see: 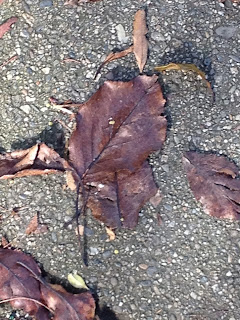 Now, consider translating surprise into mystery. Mystery into surprise.
No surprise that color inspires hunger.  And hunger, often the poem.
Posted by Kit Kennedy at 8:11 PM No comments: Links to this post

Where does color end

and shape begin?  The question folds into itself (as all questions do). Who shapes who:  color or shape?  Shape or color?  Or are they in cahoots.  Cahoots, another word for collaboration?

With writing is it the pen or the paper which brings shape and color to words?  And always, let's return to food.  Here squash and a slab of slate collaboraing with color.  Or the other way around? 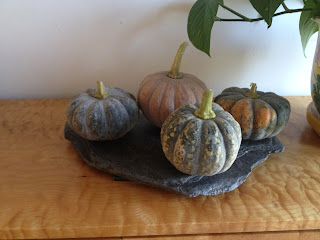 And, yes, the collaboration with the app, Circular. 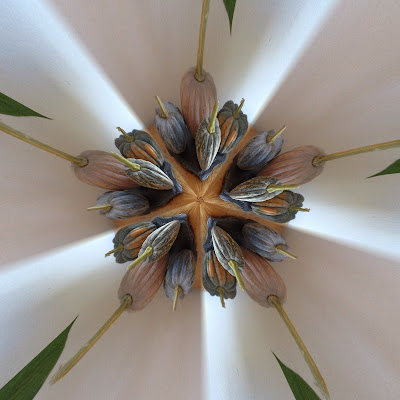 Posted by Kit Kennedy at 10:32 AM No comments: Links to this post 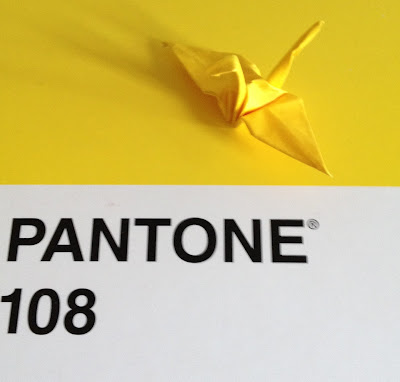 Well I'm not sure whether Pantone would agree that the bird is purely 108. That's beside the point.

What is the point? Much like a egg yolk. Unboundless joy. The mouth tasting a perfect soft-boiled egg.

Pure magic & joy as paper accepts one word, then the next. Perhaps, a haiku will take flight.

And who cares there's not much sun today. Rain is glorious. Doesn't paper love the rain of ink?

Thanks, Anika O. for my gift.
Posted by Kit Kennedy at 3:59 PM No comments: Links to this post

And would you believe that my home state of New Jersey plays a key role in this color-naming.  So let's name the place:  Carlstadt, NJ.  Founding in the early '60s, Pantone created a color-standard language for fashion, cosmetic and medical communities.  Pantone grew into an color-standards empire also servicing design, ad agencies and the printing communities.  Institutes, too.  To come full circle (geographically-speaking), Chronicle Books, San Francisco, published the box-set "Pantone:  100 Postcards." A source-book for 2016 poetrybites.   Thanks, Pantone.  Thanks, Chronicle Books.

By the way, who says there's isn't inspiration in a box?

So to begin the year, here's color and "color-apped".  Locally-sourced:  Stern Grove. 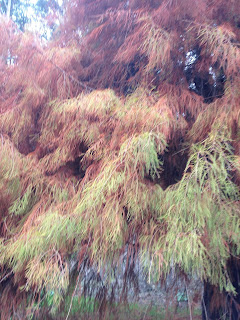 So above, so below.
The "real" Stern Grove tree above; below the image "apped" with Circular.  Pehaps, an eye into water? 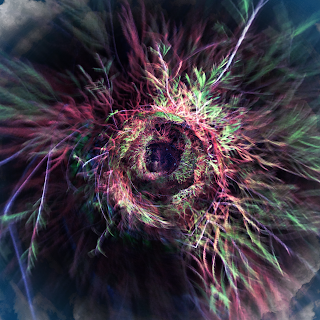 Let's return to imagination for a second.  This I know to be true -- food & poetry are inspired by the imagination's naming of color.